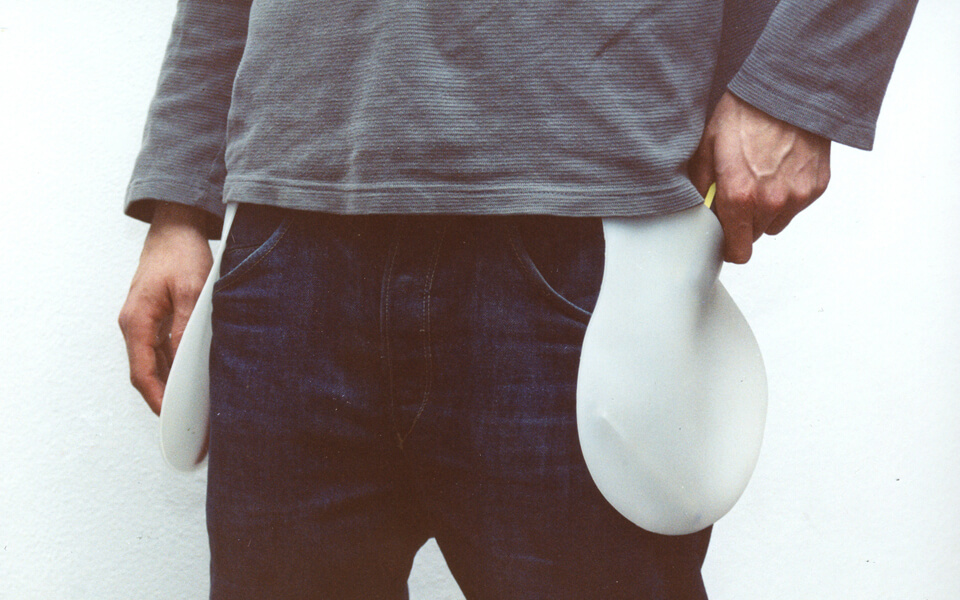 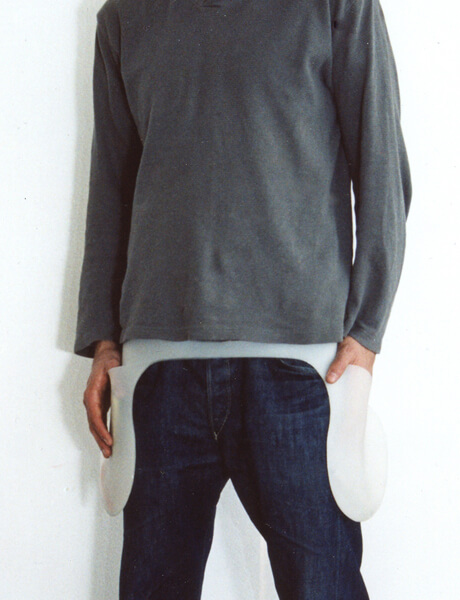 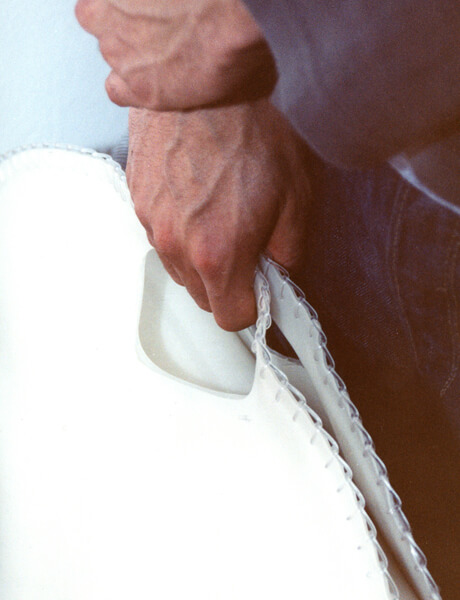 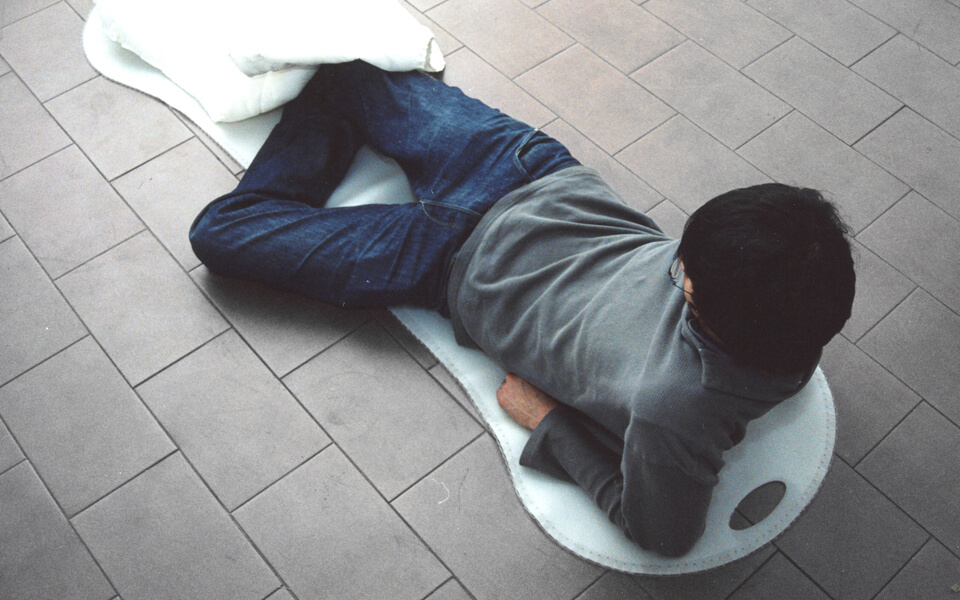 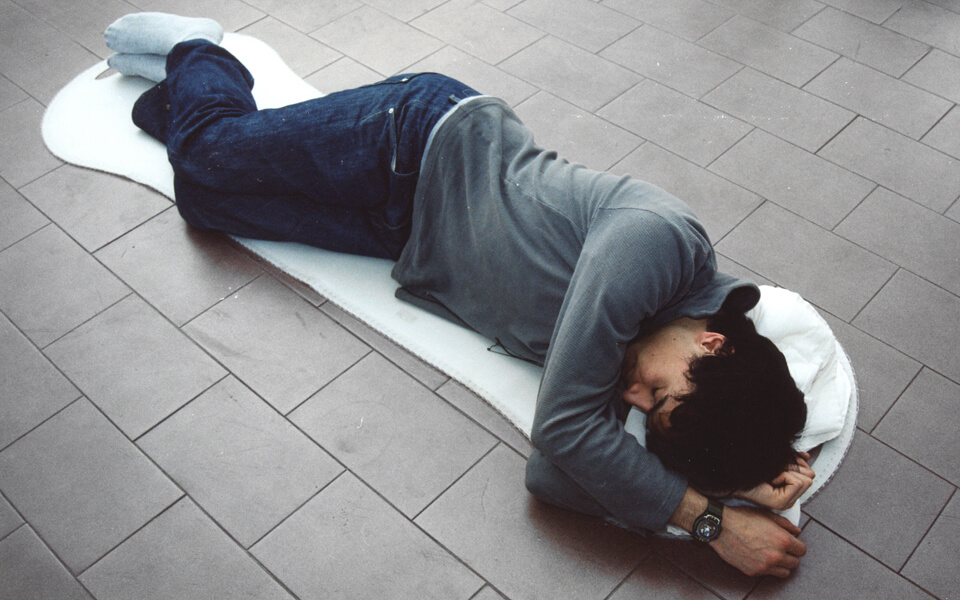 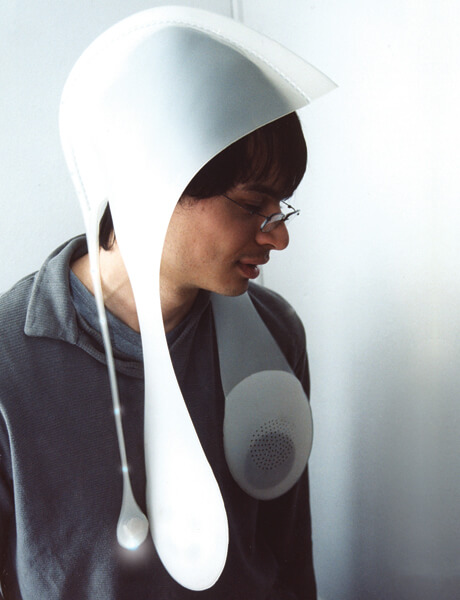 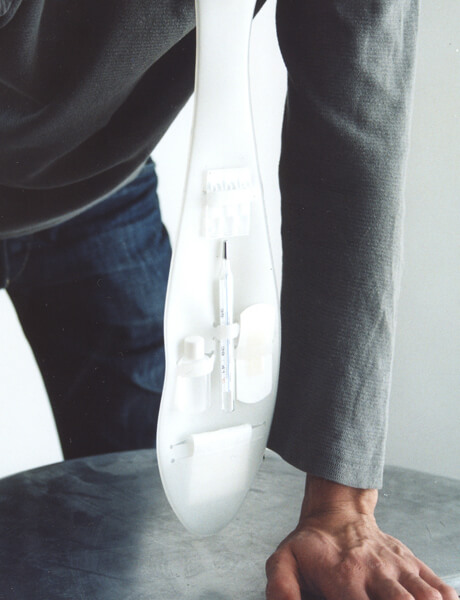 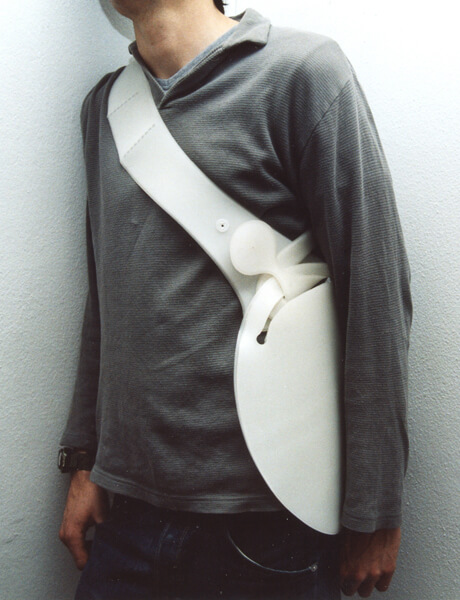 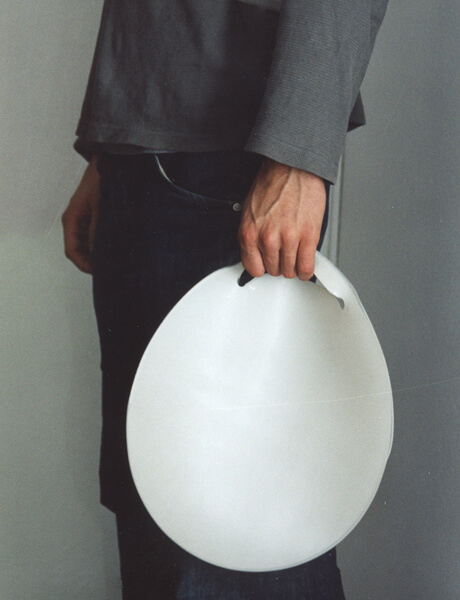 A few days before the 2003 Salone del Mobile a friend asked us to design for a highly interesting space at the event. Within a few days we created this collection of self-produced objects, prototypes rather than products. A provocation to imagine new products between design and fashion. In a small bag we carried a whole bed, a musical hat with a shining tail to shed light wherever needed (for searching in a handbag or fitting keys into a car door), a lunch bag that became a napkin, wearable pockets like a new kind of miniskirt, and new iconic ties that were functional as well as symbolic. The idea was to create prototypes so as to start a dialog and serve as a provocation, but when the show was over some Japanese wanted us to give us their orders…

… I have seen many cities. Sometimes I leave evidence of my wanderings… a footstep on a park pavement, a forgotten newspaper in a cafe. Sometimes I speak, sometimes I just listen . Listen for words. Some I remember and I take them withme. Souvenirs.
Main street, Bahnöf…this is my language: I am my city and my city is me. My things are my house. Nearby. Eating, communicating, sleeping. Working to my own music . I don’t need anything else. What will I need tomorrow? I still have space in my pockets . ..
Habits supply approximate and stagnant response to continuously evolving needs; some objects are stilll being used despite their lack of practicality. A bag’s heaviness, along with the chaos that reigns inside it , is still, contrastingly, both a forced and accepted companion for most of us.
This is increasingly at conflict with current social demand; the demand to use and transport specific tools without comprimising flexibility and convenience.
Our new life-styles crave new containers.
The objects designed and produced by deepdesign provide both valuable response and provocation to this context:Imagine new scenario’s and ourselves at ease in them. Imagine carrying a whole bed in a handheld bag or music and other surprises in a hat, a lunch basket in a jacket or wearable pockets as short skirts. Perhaps even a tie as a new functional and symbolic icon.
This is the world outside of the routine cage: Deepdesign has seen it, and its new products want to tell us about it.