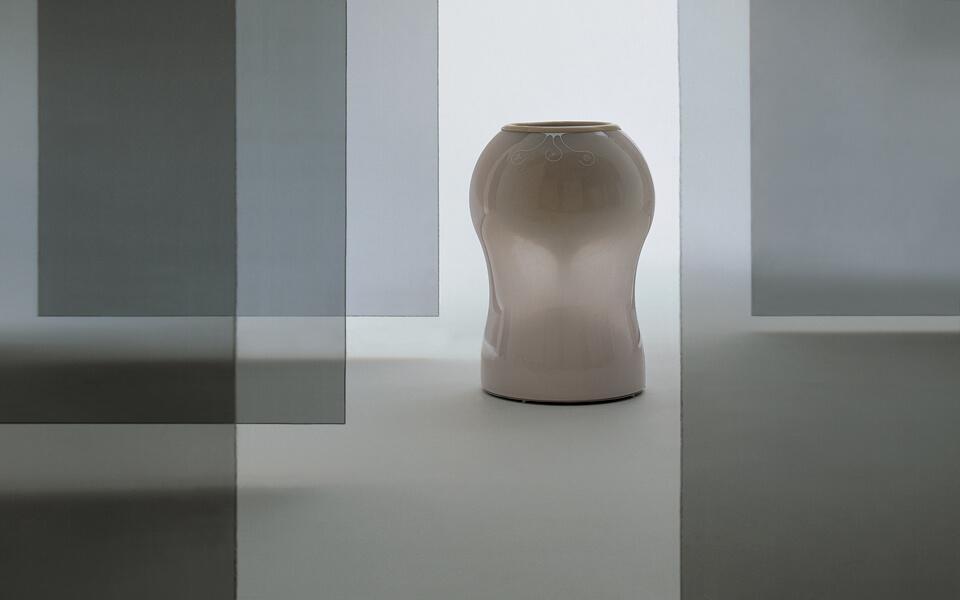 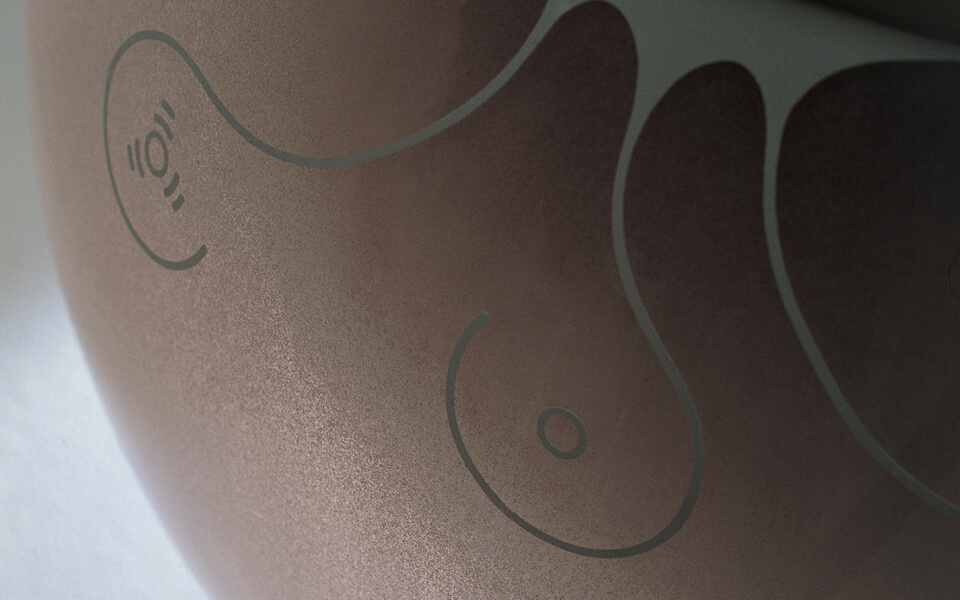 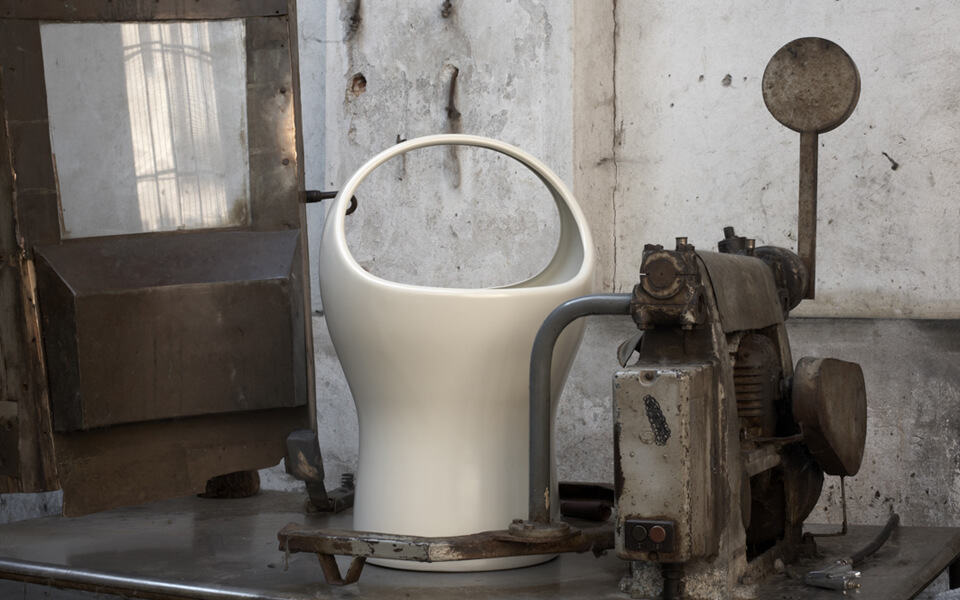 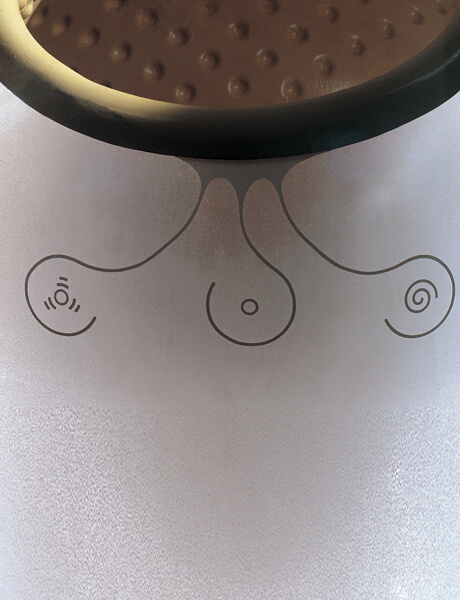 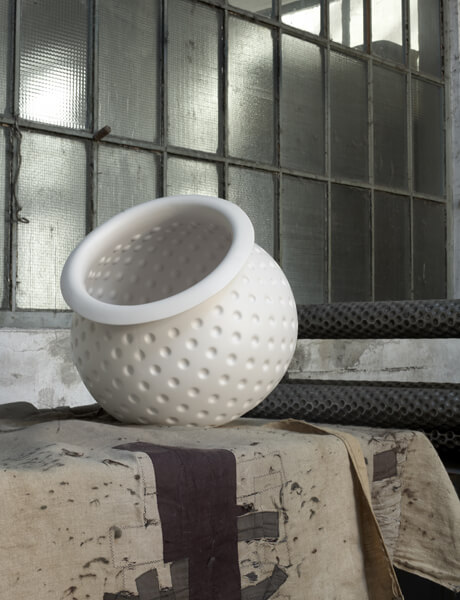 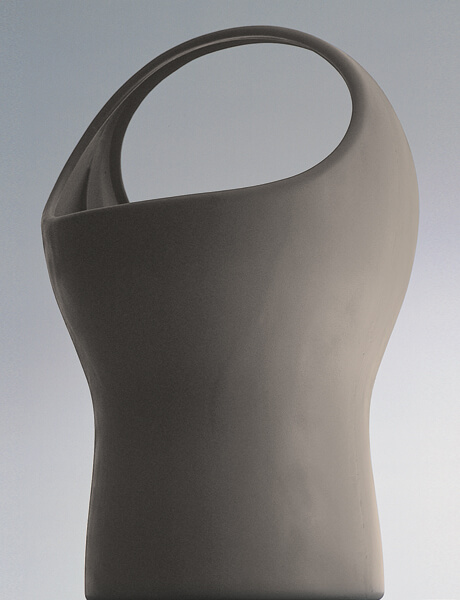 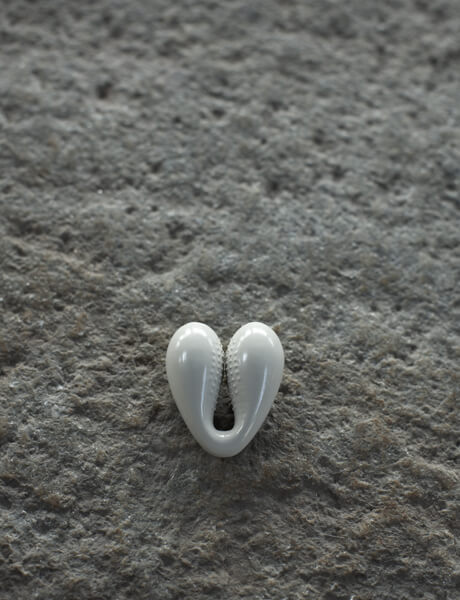 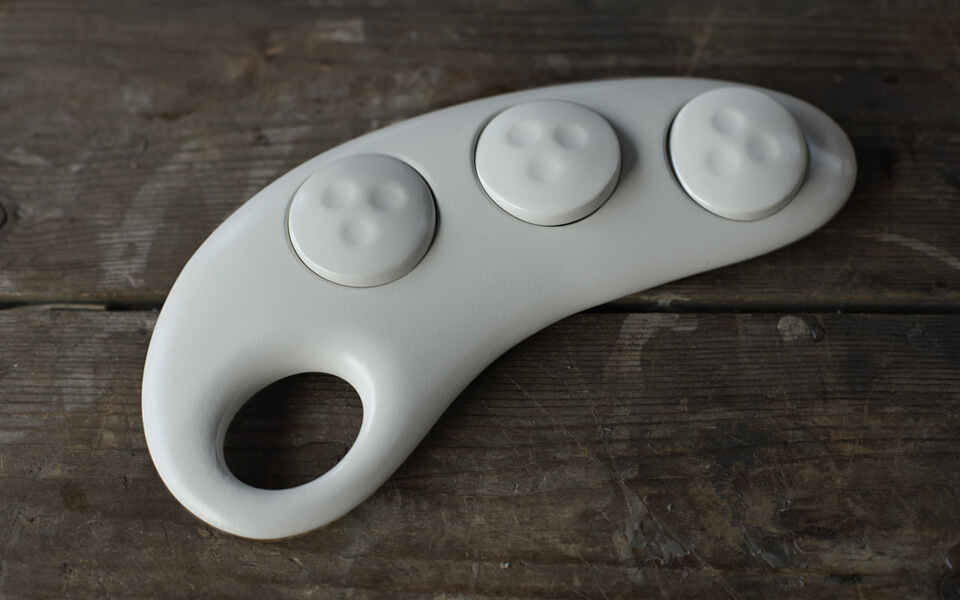 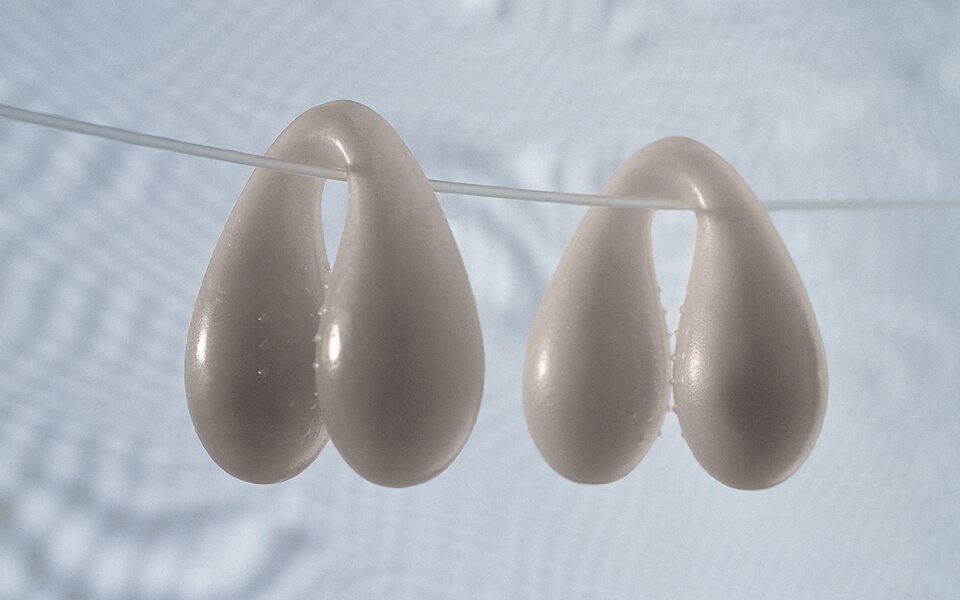 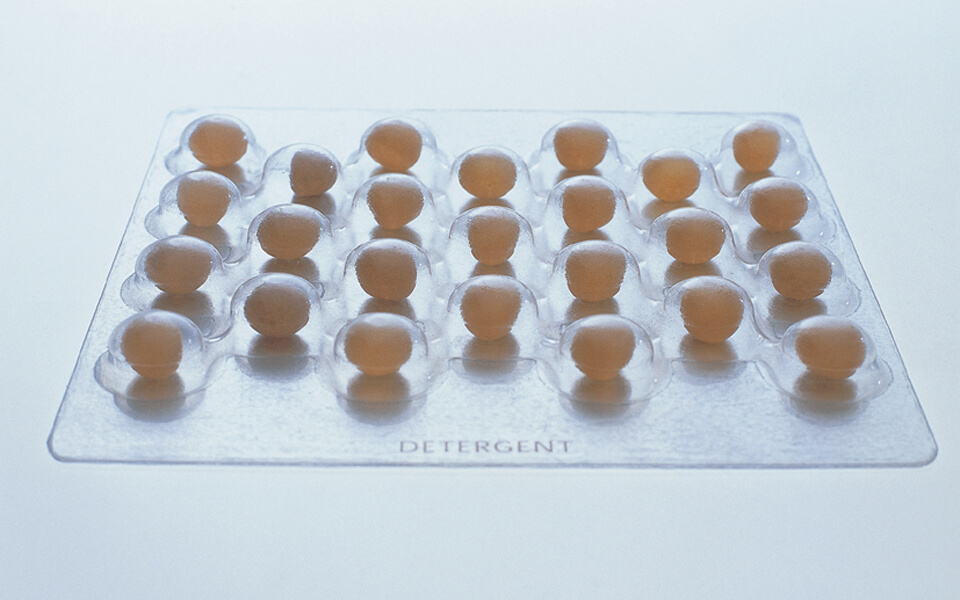 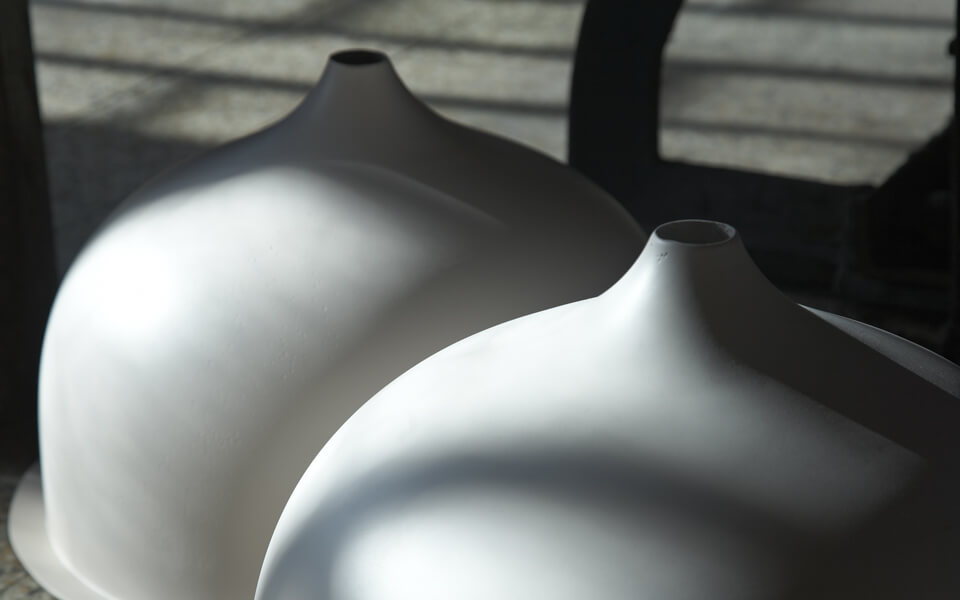 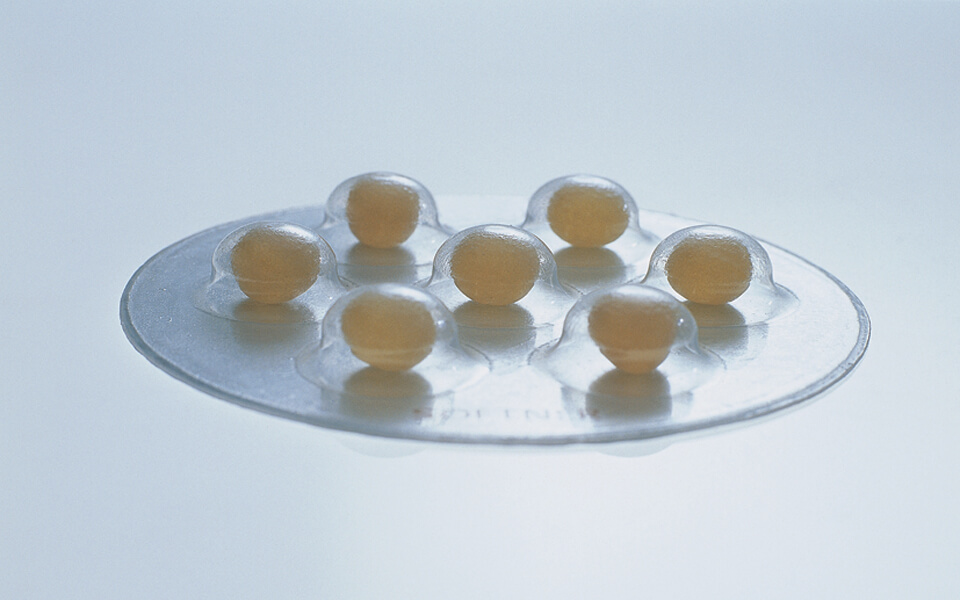 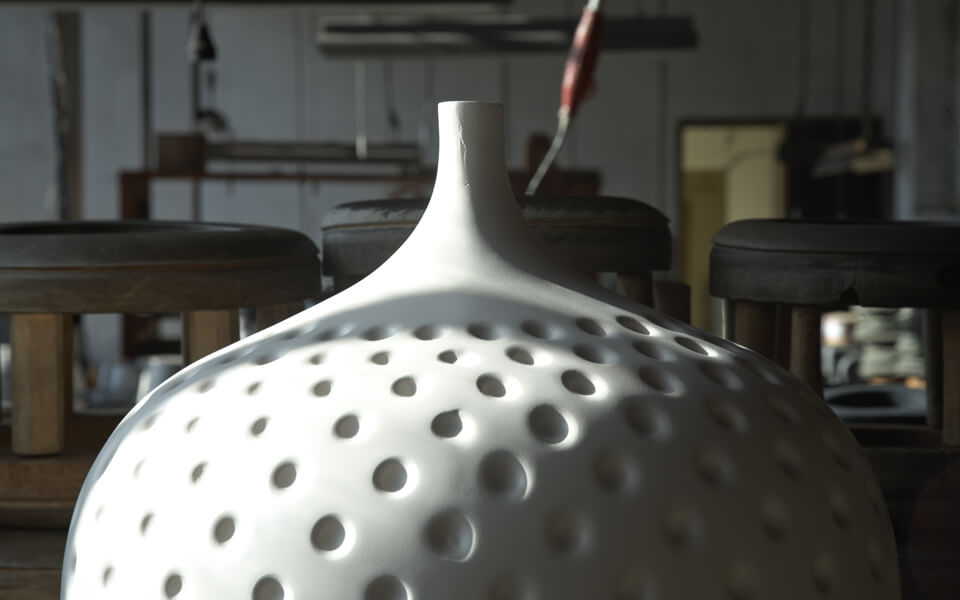 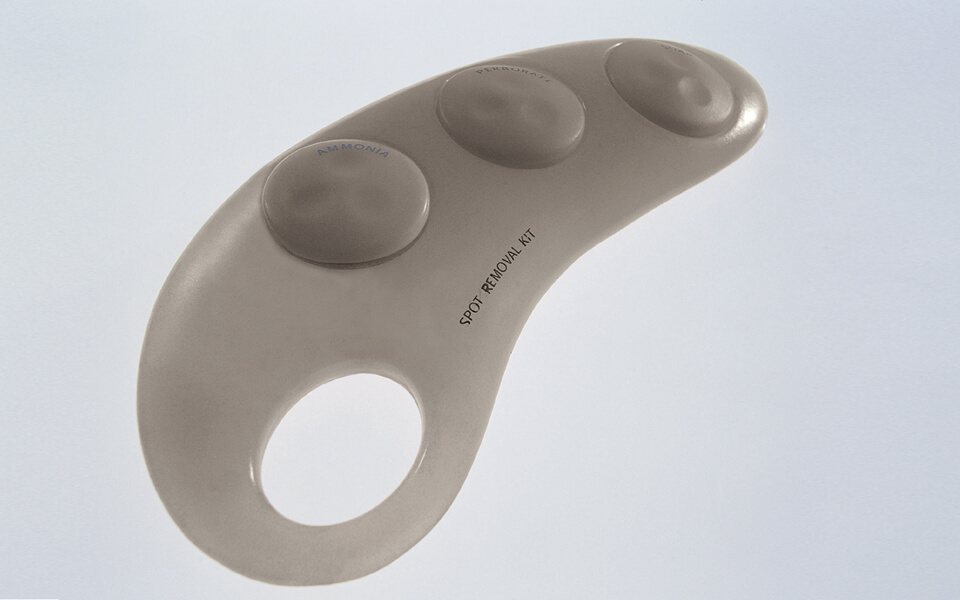 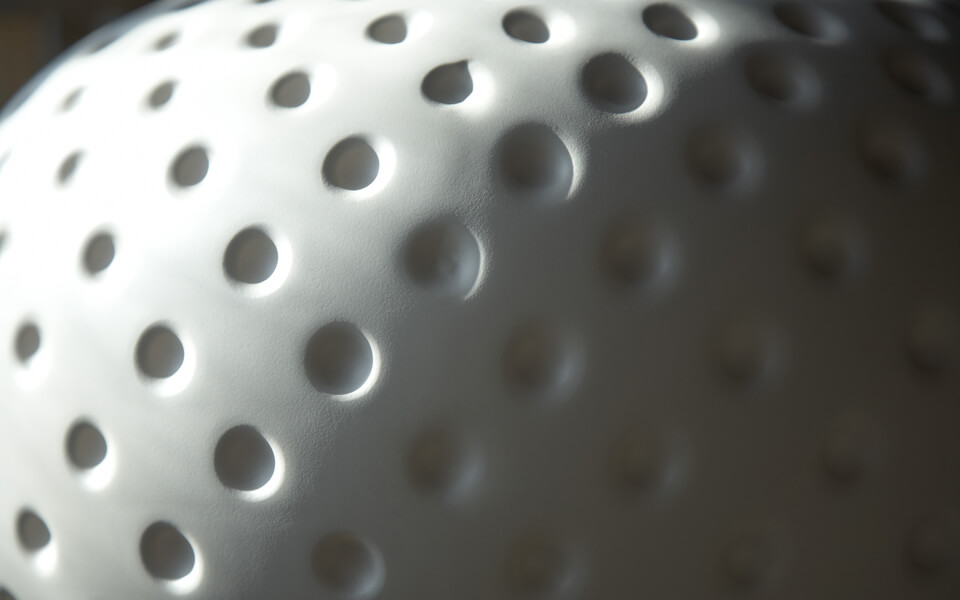 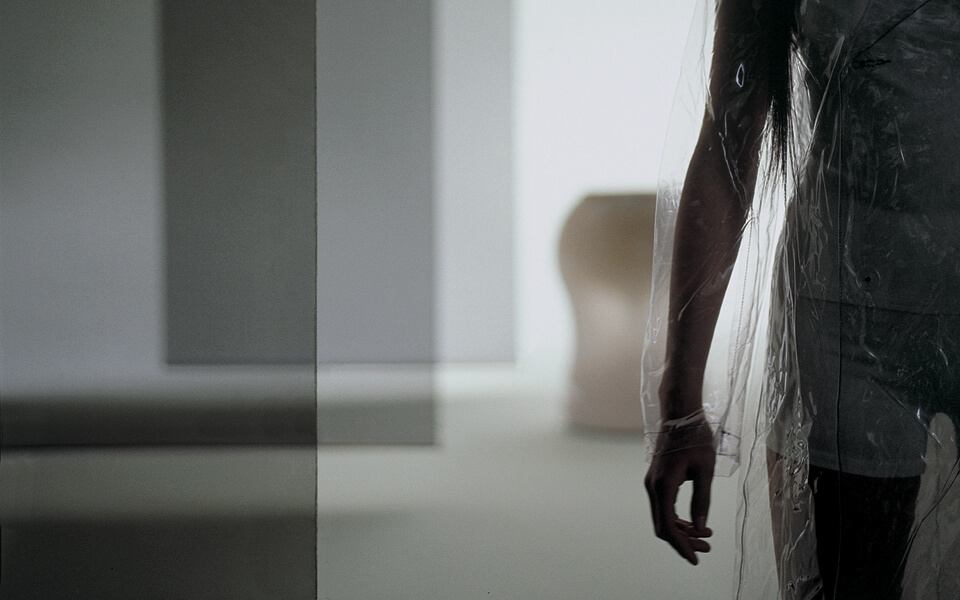 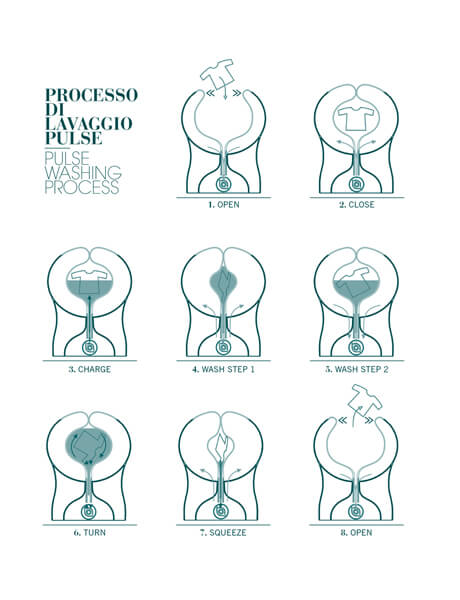 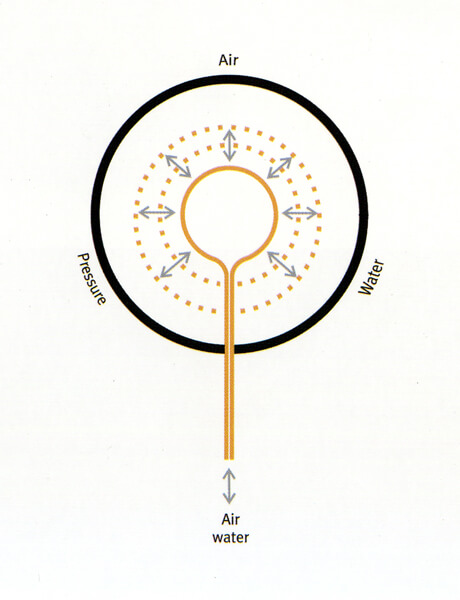 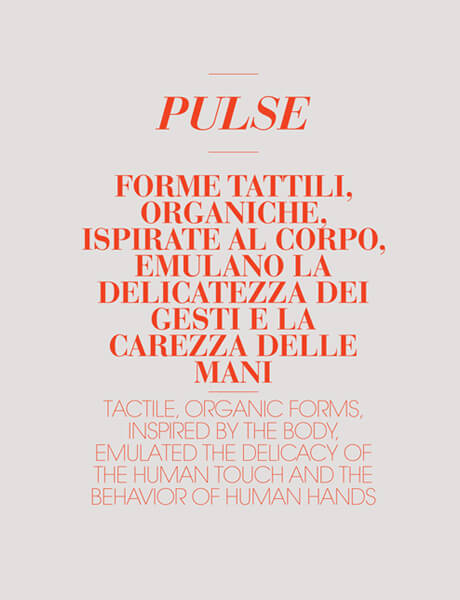 Pulse is the dream of humanizing the machine, of feeling it work with natural and relaxing movements, sounds, and rhythms. Pulse is the dream of a more delicate and natural way of washing clothes that takes care of things, just as delicately and intelligently as your hands. The Pulse project formed part of “Project F: Fabric Care Futures” by Whirlpool Europe.

The Pulse project formed part of “Project F: Fabric Care Futures”, a project by which Whirlpool Europe sought to gain further information and understanding about the process of laundering clothes.
The concept of “cleanliness” that emerged from Project F is the expression of new social trends, both environmental and domestic. It is a concept that goes beyond the simple notion of hygiene or eliminating dirt and embraces a sensory experience of purity, of transparency.
Project F sought to imagine the possible scenarios in the care of fabrics, taking its cue from the basic technical formula: Container + Water + Detergent + Agitation = Cleanliness
Each item in the formula was studied in depth: the form, dimensions, proportions and position of the containers, the need (or not) for water and/or detergent and mechanical alternatives to agitation: scrubbing, soaking, wringing, separation of the fibers, rolling, vacuuming, hydrodynamics and water jets.
Tactile, organic forms, inspired by the body, emulated the delicacy of the human touch and the behavior of human hands.
All that is wonderful and primordial in the relationship between people and water completely disappears in most washing machines.
We do not hear the sound of the water or catch the perfume of the wash.
What comes to mind the when you think of washing by hand? The delicate movements of the fingertips on fabric, massaging the fibers by compressing and releasing them, the sense of care, the perfume of washing, the lukewarm water with its sparkle and its music. But there’s much more… Hand washing today is technically better. When you love a garment, when that special dress or jumper are your favorites, when feel particular affection for your second skin, you hesitate to entrust it to the washing machine… Can an industrial product really be called intelligent when we can’t trust it with quality?
Pulse is the dream of humanizing the machine, of feeling it work with natural and relaxing movements, sounds, and rhythms. Pulse is the dream of a more delicate and natural way of washing clothes that takes care of things, just as delicately and intelligently as your hands. It embodies the desire for a new form that communicates the sense of care.
We got rid of the centrifugal force (the core of washing machines in the last half century and more), replacing it with the centripetal force typical of hand washing. On these principles we designed a new wash cycle whose leading features are air, water, and their continuous flow. The machine’s architecture is made up of a few elements: a rigid outer volume, a soft heart with a coaxial “umbilical cord” that as in nature supplies the system with vital energies, the cavity between them, the drive unit (an air/water pump with its circuits) and an interface with very simple controls. Air is evacuated from the cavity, allowing the hatch to open for loading. The garments are placed here to await the start of the wash cycle. Water is then pumped in, leaving a certain volume free. Air is then pumped in and out rhythmically so that the membrane compresses and releases the fibers of the fabrics. Dimples which imitate the fingertips covering the inside of the membrane compress and open the fibers to perform the washing action. The movement of compression replaces the centrifugal force, which would fray the fibers in the long run.
To simulate the mingling of the garments in a non-rotary system the whole sac is filled with water to create an eddy by simultaneously pumping in and sucking out the water at high pressure from the base of the sac through nozzles angled at 45°. The image of a hand wringing the garments helped us simulate the way the water is drained. It is sucked out and the membrane compressed by the pressure of the air in the cavity, so completing the cycle without twisting the fibers. The user interface has just three controls. One to open and close the machine, a second for a stronger cycle for whites (the basic wash is delicate), and a third to start the cycle. The interface has fingertip control: when one is activated the icon lights up (electroluminescence).
The accessories reflect the spirit of Pulse:
Mr. Clean, a small cleaning kit, with a blister-pack of detergent and one of softener containing a simple method for the care of fabrics.
Stains will often have to be removed, but cloths, brushes and stain removers are rarely handy.
Mr. Spot is a stain removal palette. A set of tamps with plastic safety caps and fabric bodies are immersed in the liquid stain removers (ammonia, peroxide, degreaser, sudsy water, etc.). They have press-and-turn safety caps, childproof but easy for an adult to open.
Finally Miss PinUp, a soft rubber clothes peg, and Mr. Basket, made of rubber with a panel to separate colored garments from whites. The design won the ID Award in 2003 and was published by Li Edelkoort in the book of the Observatoire International de Première Vision, presented at the Macchina del Tempo and by Antenne Deux in France.

THE TRIUMPH OF UNISEX: to a new classicism
The demands of modern life have led to changes in the way men and women perceive and behave towards one another. As women encroach ever further into the male world of work, they modify their actions and expectations, but also have a modifying effect on the men around them. Men are also getting busier in the home, sharing the duties traditionally performed by women, and this has compounded the effect.
A middle ground has been created Ð not a sexless, androgynous sameness, but men and women with similar characteristics and tastes, or even a whole kaleidoscope of identities contained in each person. It means that a woman can be feminine and sexy because she has proved her worth in a manÕs world, but also strong and aggressive Ð as in the boxing movie ÒGirlfightÓÐ with no inherent contradictions.
It also means that men can take care of their bodies and aesthetic appearance, and have no inhibitions about reading magazines such as ÒMenÕs HealthÓ, which is based on the model of glossy womenÕs magazines.
The modern woman is reinventing herself as a complex mixture of ancestral maternal figure and dynamic professional woman-about-town and the world of advertising has begun to serve her. The media planners for Daimler/Chrysler cater to her when they show Erja Honkanen, wife of top driver Mika Hakkinen, at the wheel of the Mercedes-Benz A-Class, making Formula One drivers look silly.
In the world inhabited by the softer man and the stronger woman, there is room for a new definition of ÒclassicÓ and new products to appeal to these crossover personalities.
In making the perfume CK1, one of the most successful personal care products of the past few years, Calvin Klein understood the appeal of unisex products to these people, who have come to share similar tastes whatever their gender. The same goes for the Dockers line of clothing, futuristic footwear by Nike and NiveaÕs complete line of beauty products. They all reach out to the Òhermaphrodite soulÓ of people who are confident and aware of their own identity but are playing (or gambling) with elements of the opposite sex. This is the new world of ÒGender and GambleÓ, a world awaiting an especially tailored new aesthetic.