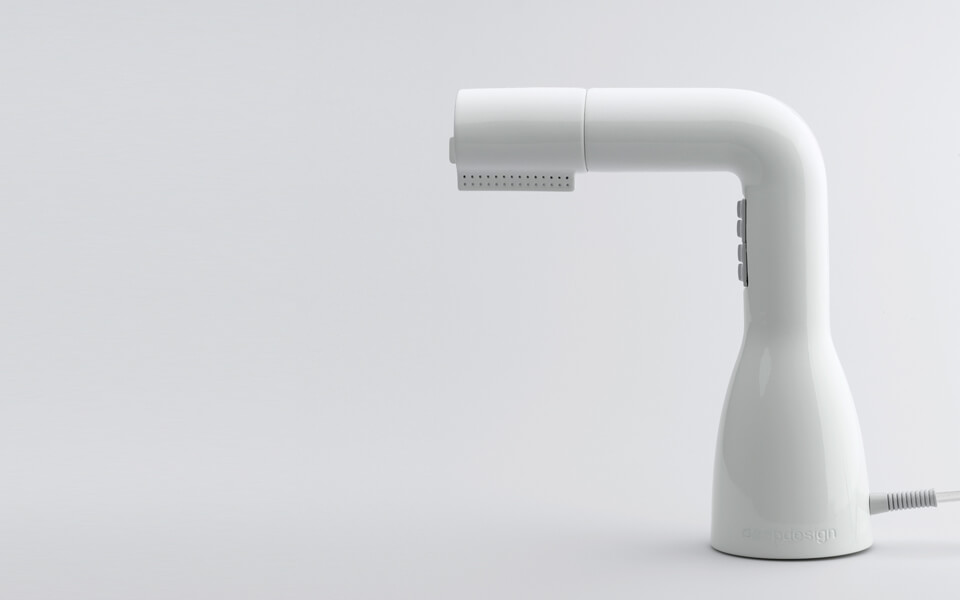 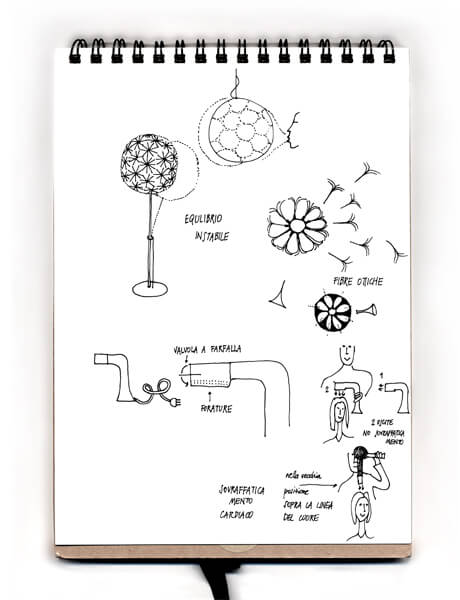 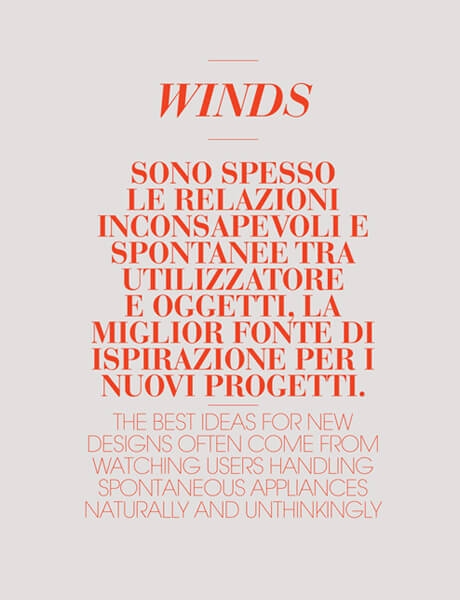 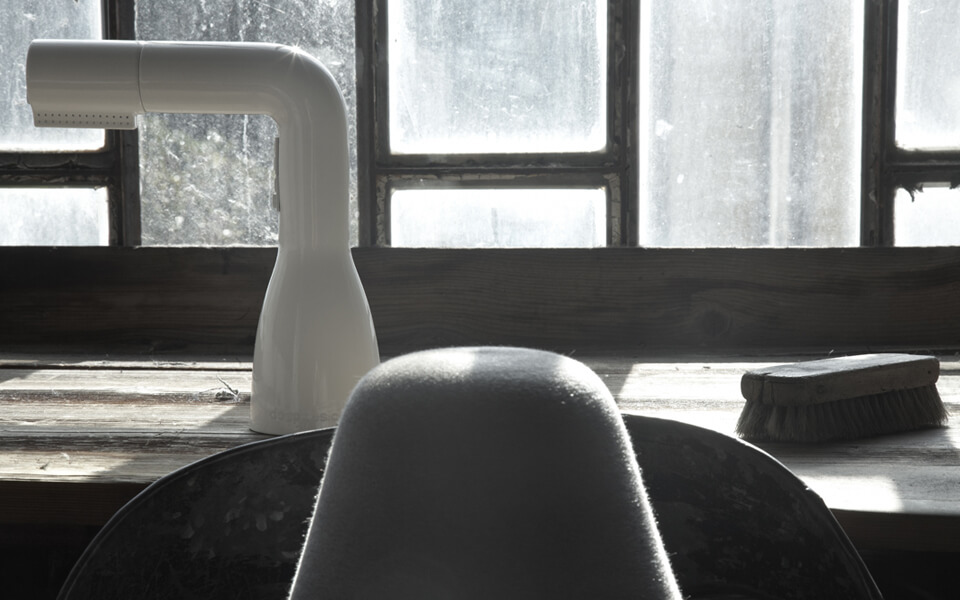 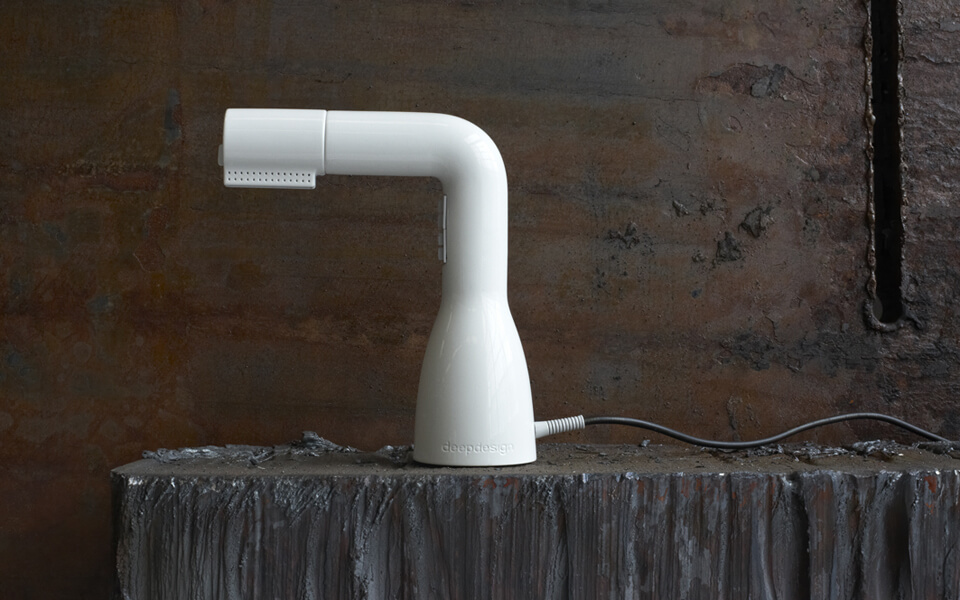 Winds is a professional double airflow hairdryer with an original L-shaped configuration created by redesigning the internal components.

Winds is a professional double airflow hairdryer with an original L-shaped configuration created by redesigning the internal components.
The idea of a new double flow hairdryer stemmed from observation of professional blowdryer users in salons. The best ideas for new designs often come from watching users handling spontaneous appliances naturally and unthinkingly.
Misuse, awkward postures or neat little strategies developed by users to control the inconveniences of faults in design are so many spontaneous suggestions for new approaches.
Nowadays, the division of labor is a feature of work in hair salons. The result is that hair drying assistants have to cope with this grueling task for up to 8 straight hours a day.
One of the principal aims of straightening hair is to give it gloss. This is achieved by directing the airflow parallel to the hair, especially from top to bottom, from root to ends, closing the microscopic scale structure covering the hair and making it smooth and sleek.
The hot air softens the structure of the hair and scales and allows them to close, provided the direction is correct. To achieve this it is essential for the hair stylist to adopt a rather uncomfortable posture, which can be harmful if persisted in for long periods. Hair is straightened with one arm raised and the wrist twisted 90° and in torsion. This can cause at least two kinds of damage, typically the cause of work-related pathologies: carpal tunnel syndrome and strain due to persistently holding the arm above the heart line.
Prolonged and/or repetitious movements of flexing-straightening the wrist increase pressure on the inside of the carpal tunnel and the repeated straining of the nerves and tendons passing through the tunnel can lead to inflammation that reduces the dimensions of the tunnel and compresses the median nerve. The situation is aggravated by the need to add a nozzle at the end of the jet and create a blade of air. This extends the dryer and means the arm has to be raised still higher.
At times a nozzle falls off or is removed to change the type of drying. This is dangerous because the components below the resistance reach temperatures of up to 140°. Hairdressers have obviously developed techniques to cope with the existing inadequacy of the T shape. For instance (at the risk is getting a nasty burn) they skillfully use the nozzle on traditional dryers as a grip so as to twist their wrist less and recover the 90° extra caused by a standard grip. Or they hold it by the top of the bulb housing the electric motor so as to have greater freedom of movement and a more comfortable grip. If a project is above all a question, at this point we have to ask: Why should it be necessary to raise one arm and have all these useless accessories? So we took a traditional dryer and made a simple notch in the part below the housing. The result of the first prototype used in home tests was encouraging.
At this point there’s the question of the accessories. Why keep an unbalanced arrangement with the motor to the right of the wrist, creating micro-torsions and a feeling of greater weight? Why not move the motor, which is the heaviest component, below the hand into a perfectly axial position, so decreasing the sense of heaviness and the strain on the wrist?
By moving the motor to the base, the hairdryer could be stood upright, instead of having to be tossed into a corner with the cable wound around the body in an ugly form. Enabling a product to raise itself amount to giving it a stronger identity.
Keeping the components unchanged (and only compressing the length of the resistance) changed the overall architecture from a T to an L shape.
The advantages were clear:
the nozzle is integrated in the structure of the hairdryer (by making a cut lengthwise in the housing near the spout), so the dryer can be gripped by keeping the arm relaxed in front of the user, with no need to raise it excessively. The nozzle can be selected as desired (frontal circular or narrow jet below), doing away with the need to insert or remove nozzles, which can cause burns. The design keeps the flow of air from the front of the dryer (as in traditional devices), making it possible to carry out operations involved in finishing some types of hairstyles that call for a concentrated flow of air;
The motor with good specifications but optimized in size makes it possible to adopt a particularly slender section. The new internal configuration shifts the center of gravity from the body of the housing (as in standard dryers) to the grip – so preventing harmful twisting of the pulse – and making it possible to design a self-standing product which rests on the flat base of the grip and will remain stable, while facilitating a more elegant grip when needed. A micro-switch under the crown of the support serves to turn it on or off whenever it is put down and picked up again.
On the surface of the down-flow nozzle some angled holes use the Venturi effect to create a flow of cold by mixing the air.