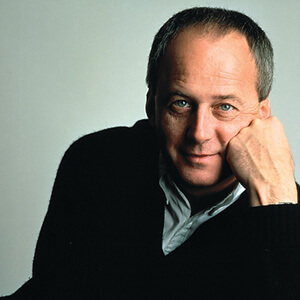 “I have known Raffaella and Matteo for several years. In them I appreciate, above all, their mellow thought and the will to explore unbeaten roads with the awareness of those who know and the levity of those who dream. We haven’t, yet, given life to a project together, but I hope a remedy may soon be put to this shortcoming.” 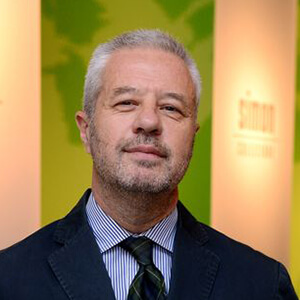 “Several of Raffaella and Matteo’s works show an orientation toward a contemporary, innovation driven, design – or rather, industrial design. What draws most interest are their studies concerning technical objects: how to deal with new technologies, how to make them more domestic, friendly, sustainable. Which means playing the role of the designer – seen as the intelligent interface between the world and people – at its best.” 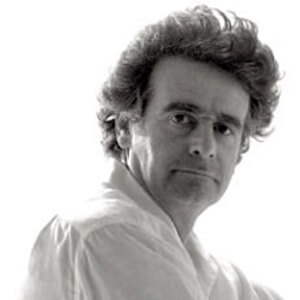 “The world moves in two directions: that of those who have ‘intention’ and those who await its reception. One excludes the other.
As always, but more than ever today, being a designer of our world, is first and foremost a question of choice of the Order to which one wishes to belong and it is important that this feeling should define the precise boundary of belonging. It is thanks to this that, though one may not know each other deeply, or meet daily, or may work in distant situations, one has the feeling of belonging to a group.” 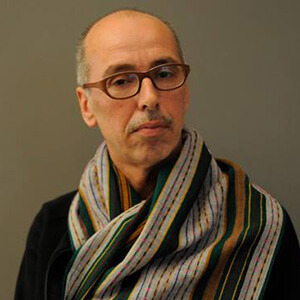 “In their work I appreciate the exploring spirit. There is something electric about it. There is almost always a plug somewhere. And also a rose.” 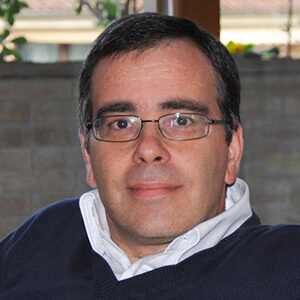 “Inspired and inspirational: two words that define the creative soul of the “youngsters” at deepdesign… Creativity and style, associated with the concreteness and solidity of their ideas: this is the magical partnership that is increasingly making a mark on the panorama of Italian industrial design.” 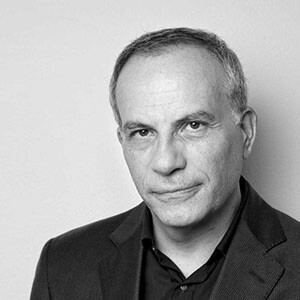 “Raffaella and Matteo, Order and Chaos of industrial beauty”. 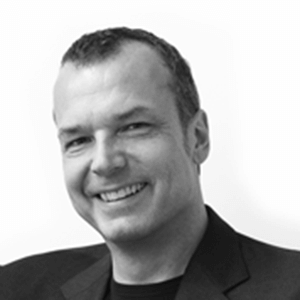 “deepdesign can always be counted on to respond to design challenges with an understanding of the emotional requirements of the problem. Their poetic solutions speak confidently, yet gently. Lovely work, lovely people.” 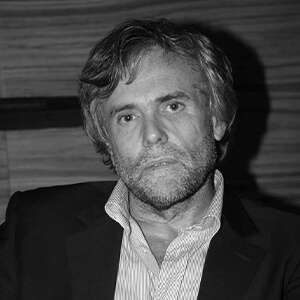 “The work of Deepdesign belongs to a long tradition of enlightened pragmatism which has always been the hallmark of Italian design: to transform the concrete fruition of objects and spaces through a deep aesthetic sensibility. In other words: to reconcile Beauty and Truth.” 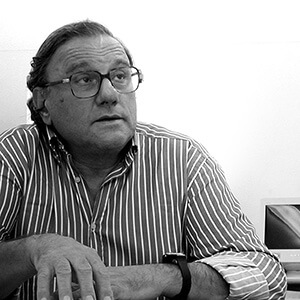 “At one time they used to say that you became a designer at forty. Then the desire to became stars at thirty crept in. One may well become a star, but to become a designer seems to require more time. Sure, the last twenty five years have been tough: the world has opened up to design, young designers from many countries have come to Italy and Italian designers have had their (not always undeserved) difficulties. But today a new phenomenon appears to take form, the generation of Italian designers in their forties is emerging. Of these, deepdesign seems to me to be one of the more interesting groups, for design maturity, versatility, technological awareness and formal coherence. Long live the new forty year olds.”

Vanni Pasca – Professor of Theory and History of Design 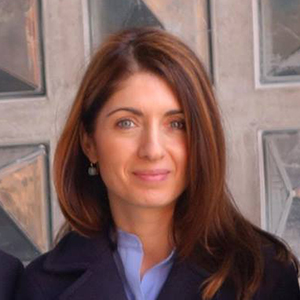 “Matteo and Raffaella are a complementary creative duo who find their daily point of equilibrium in the practice of exchange. The result is a broad and diversified production, born of a confrontation with the leading edge industrial dimension – but also brave self-productions. In the contemporary panorama, their work marks a frequent close attention to objects with a technical meaning, challenges which are undertaken with a sensibility for form which becomes concept.” 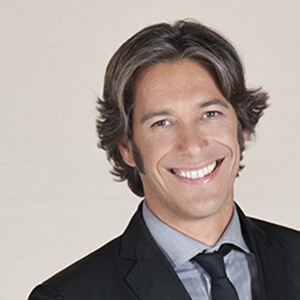 “I’ve always thought deepdesign should be called beep design, with an onomatopoeic pun à la Castiglioni, indicating the sharp transition from the mechanical to the electronic (our life from the typewriter to computer writing), the signal of the spark of an idea! That of Raffaella and Matteo.” 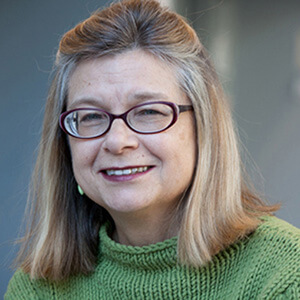 “The work of Raffaella and Matteo forwards the ethos of modernism in guises both serious and playful. The partners understand that design embraces both ends of the spectrum of our being, our need for pragmatic and our desire for the speculative.” 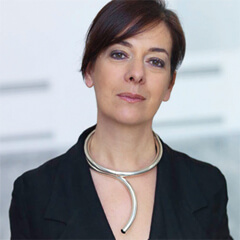 I met Raffaella Mangiarotti and Matteo Bazzicalupo in the second half of the 1990s.
In those years we all used to haunt the Via Sannio area, where Almerico de Angelis had opened the editorial offices of Modo. Precisely because the magazine was not in the least “canonical”, in those years you often met some strange and interesting characters. People who did not come from the salons or academies, but had come to design by eccentric and sometimes heretical paths, often original and not yet codified.
I remember I was immediately struck by the special professional relationship between Raffaella Mangiarotti and Matteo Bazzicalupo. In those same years they had regularized their partnership with the foundation of Deepdesign. I have known design outfits made up of brothers (the Castiglioni brothers, the Campana brothers, etc.) or husband-and-wife teams (Ray and Charles Eames, Afra and Tobia Scarpa, etc.), but Raffaella and Matteo belong to neither of these two models. They have no blood ties, they are not joined by an emotional or sentimental bond. But for this very reason their partnership struck me as especially interesting and in its way symbolic of a new form of cooperative relationship that I feel is very contemporary.
Raffaella Mangiarotti and Matteo Bazzicalupo’s Deepdesign was therefore born as a hybrid: male and female, heretical and canonical, natural and technological. Someone once described their projects as naturalistic organicism and it is apt.
For example the Dandelion lamp repeats the form of the flower, while the Pulse washing machine does away with the cold and geometrical aseptic quality of traditional appliance design with a form that alludes to a heart or (throbbing) organ of the human body. But this obvious and refined formal matrix should not obscure the other, technological profile of the objects produced by Deepdesign, which are “sensitive” because they tackle the issues of environmental sustainability, energy saving, functional innovation and user-friendliness.
In the general panorama of the new Italian design – which the Triennale Design Museum continues to explore and map, in part through its collaboration with Mini – Deepdesign appears as the most direct heir to Modern thought and design: as a discreet yet ambitious attempt to update an unsurpassed lesson, making it active also in a world, and in a way of designing and creating, that is undoubtedly no longer that in which the Masters worked. 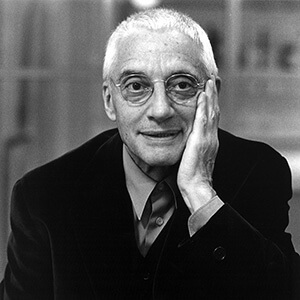 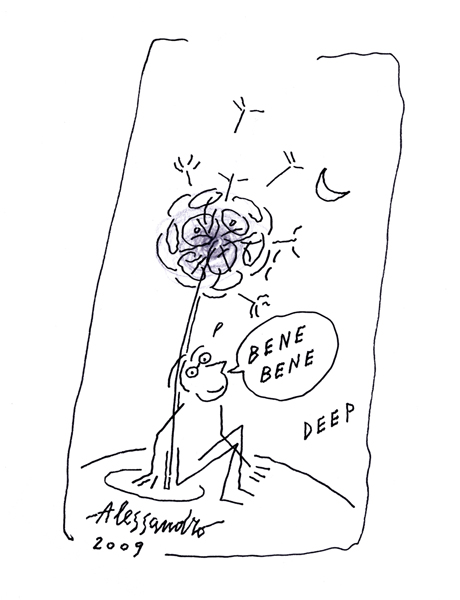 Learning by nature, being inspired by materials and technology to express culture through design